Employment Law: When does a volunteer become an employee? 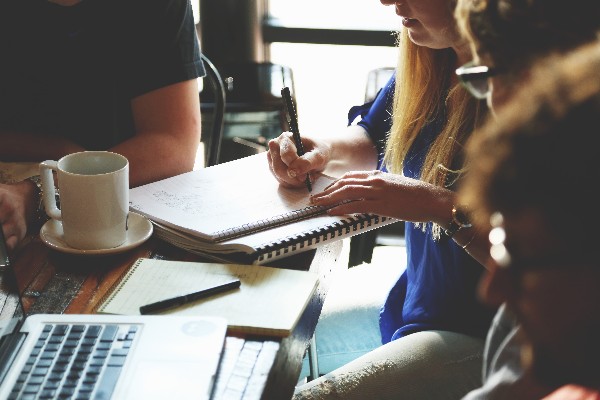 A recent Labour Court decision has provided further clarification of what needs to be present in a relationship for a worker to be classified as an employee or a volunteer.

The recent case, of Camp Hill Communities of Ireland and Elke Williams, raised the issue of whether Ms. Williams was a volunteer for, or an employee of Camp Hill Communities of Ireland. This clarification is an important one and should be understood by any organisation that relies on volunteers. In this article, Michelle Cronin, Solicitor, CKT and Saoirse Coughlan, Intern, CKT give an overview of this case and the decision.

Camphill Communities of Ireland is a charitable organisation and part of an international movement working with people with intellectual disabilities and special needs.  The matter was before the Labour Court on foot of an appeal against an Adjudication Officer’s Decision that Ms. Elke (the Complainant) was an employee and had been unfairly dismissed by Camphill Communities of Ireland (the Respondent).

The Labour Court heard that LTCWs do not draw a salary but their reasonable needs, including discretionary provision for their needs in retirement are met by the community from its funds. LTCWs reside in accommodation provided by the Respondent.

The Complainant told the Court that she was an employee and that her employment was terminated on the 31st of December 2018. The Respondent states that the Complainant was never an employee and she left of her own volition when she and her family moved out of their community accommodation in October of 2018.

The Respondent raised the following issues, amongst others, which were considered:

1. There was no contractual arrangement between the parties and there was no intention to create legal relationships.

The Labour Court references both Emo Oil Ltd v Sun Alliance and London Insurance plc[2009] IESC 2 and UPM Kymmene Corporation v BWG Ltd (Unreported, High Court, Laffoy J, 11 June 1999 and held, based on the evidence heard, “the actions of the parties demonstrate an intention to create legal relations. On that basis the Court finds there was a contractual arrangement between the parties”.

2. The Complainant was not at any time an employee of the Respondent, she provided her services on a voluntary basis and was not paid a salary.

The Labour Court referred to the definition of volunteer in the Civil Law (Miscellaneous) Act 2011 which states that, “‘volunteer’ means a person who does voluntary work that is authorised by a volunteer organisation and does so without expectation of payment (other than reasonable reimbursement for expenses) or other reward.”

On foot of evidence given, the Labour Court held that the Complainant received “more than reimbursement for expenses” given that she received food, accommodation, use of a car etc.

In terms of the definition of salary, the Labour Court referred to both the Payment of Wages Act 1991(Consolidated) and Section 7 (3) of the Unfair Dismissals Act 1977, as amended and found that the Complainant had been in receipt of an income from the Respondent.

3. There was no mutuality of obligation.

Evidence was given on behalf of the Respondent that the LTCWs were interchangeable with paid employees and that the main difference between them was that the employees received a wage.

The Labour Court found that “[i]f…the only difference in terms of the roles they carried out was the nature of the payment they received, the Court struggles to see how mutuality of obligation existed for the group that got paid a wage but did not exist for the group that got paid in kind.” The Court found that there was mutuality of obligation between the parties based on this.

The Labour Court considered the evidence it had heard and held that there had been a mutuality of obligation in existence. The Court went on to assess the integration and control tests and found same existed to establish a contract of employment.

The Labour Court went on to consider the Complainant’s case that she had been subject to an unfair dismissal.

Based on all the evidence given, the Court held that the Complainant was an employee and had been subject to an unfair dismissal and awarded her €60,640 in damages.

The Labour Court in this instance has clarified that a wage or salary is not necessary to qualify as an employer-employee relationship and that payment in kind may suffice.

The mutual obligation for one party to provide work for another party and the obligation for this work to be carried out is also key to distinguishing an employee from a volunteer.

If you have an employment law query, please contact a member of our Employment Law Team.