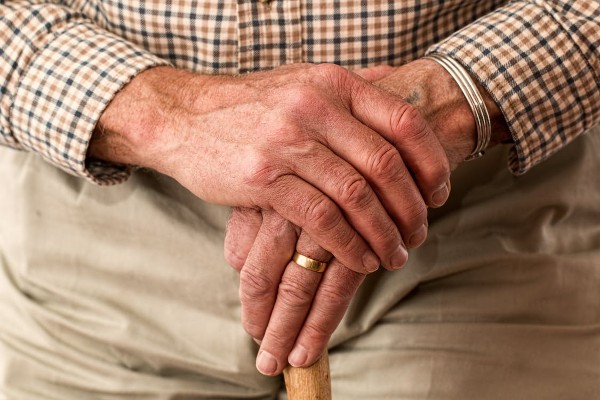 With World Elder Abuse Awareness Day taking place on the 15th of June 2022, Michelle Cronin, Solicitor and Saoirse Coughlan, Intern look at how the elderly community are protected through our legal system and what improvements might be considered.

The HSE receive approximately 10,000 reports of abuse (including elder abuse) every year and there is a concern that this is an under representation of the true figure.¹

People through age, illness, disability or life circumstances may find themselves vulnerable to those around them, which can unfortunately include their family members, the people that are often in a position of trust.

It is important that once elder abuse is recognised or reasonably suspected, that action is taken and appropriate safeguards and mechanisms are put in place to assist the victims.

What is Elder Abuse?

The HSE website defines abuse as “any act, or failure to act, which results in a breach of a vulnerable person’s human rights, civil liberties, physical and mental integrity, dignity or general wellbeing whether intended or through negligence …”

Abuse can be physical, sexual, financial, psychological/emotional (e.g. limiting who the person can see, have contact with etc.) or neglect (e.g. deprivation of suitable medical attention, food, appropriate clothing, or heating.).

Abuse of a person over the age of 65 is considered elder abuse.

The perpetrators of elder abuse are often those upon whom the elderly person is most reliant. HSE has reported that 50% of people allegedly causing concern to elders in 2020 were an immediate family member.²

“…the alleged perpetrator of abuse is most commonly a family member such as a son or daughter or a husband or wife. The research suggests approximately 48% of vulnerable adults being abused at home were in a shared living situation”.

A recently published report³ by Safeguarding Ireland has made a number of recommendations including;

The Justice System and Elder Abuse

Is Elder Abuse a Criminal Offence?

While neglect of a child is an offence under Section 246 of The Children Act, 2001 there is no equivalent, in respect of neglect of elderly or vulnerable people.

Some of the acts constituting elder abuse, such as assault, theft, fraud, harassment are individual offences under existing legislation and can be prosecuted.

Specific legislation to allow for the prosecution of those who wilfully assault, ill-treat or neglect a vulnerable elderly person, who is dependent on them, would seem an appropriate response.

Section 39 of the Domestic Violence Act 2018 introduced the offence of coercive control into Irish law. The offence of coercive control may occur when a person ‘…knowingly and persistently engages in behaviour that is controlling or coercive, has a serious effect on a relevant person …’ which causes the relevant person ‘to fear that violence will be used against him/her or ‘serious alarm or distress that has a substantial adverse impact on his or her usual day to day activities’.

A ‘relevant person’ however is confined to the spouse of the perpetrator or someone in an intimate relationship with that person. Therefore, this legislation does not offer any protection to an elderly person subject to what amounts to coercive control by a family member, who is not a spouse or partner.

A Suggestion for Reform

In England and Wales, the Serious Crime Act 2015 provides for the prosecution of coercive control in respect of family members, as well as intimate partners. The legislation has been amended removing the requirement that the parties reside together.

What Civil Remedies are available?

Victims of elder abuse may, in some limited circumstances, be entitled to seek Orders under the Domestic Violence Act, 2018, at their local District Court. Breaches of Domestic Violence Orders are prosecuted by the Gardaí who upon receiving a complaint may arrest the alleged offender and hold them in custody until the next available court.

The HSE Safeguarding and Protection Social Worker may bring these applications on behalf of the Applicant if appropriate. Interim (short-term) Orders can be sought pending hearing of the applications.

Under the Domestic Violence Act 2018, a parent can seek a Barring Order for up to 3 years against an adult child from the District Court.

The same applies to spouses, civil partners, intimate partners who resided together prior to the application.

There is no right to seek to seek a Barring Order against family members outside of children e.g. grandchildren, nieces, nephews, partners or spouses of children.

A parent can seek a Safety Order for up to 5 years against an adult child from the District Court. There is no requirement they reside together. This does not exclude the child from the home of the parent but does prohibit certain behaviours. This option does not extend to other family members.

Spouses, civil partners, or people who have a child in common may seek a Safety Order against the other.

A person can seek a Safety Order in respect of someone residing in the same home provided the basis of the living arrangements is not primarily contractual.

Given modern living arrangements, where multiple generations can be found under the same roof, broadening the category against whom Barring Orders can be sought should be considered. Allowing an elderly person the opportunity of seeking a Barring Order against someone (e.g. partner of son or daughter, grandchild, niece/nephew etc.), who resides under their roof and who is abusing that person physically, financially or otherwise seems proportionate.

A similar approach could be considered in respect of Safety Orders.  If the categories of those entitled to apply was broadened, this could be of significant benefit to an elderly person being abused by someone who does not live in the same house. For example, if a sibling/niece/nephew/grandchild/neighbour is maltreating an elderly person in the community, it would seem appropriate that the District Court be enabled to grant a Safety Order once certain criteria were met. Otherwise, the only civil remedy available is an injunction from the Circuit Court which is more costly, less accessible and takes more time.

The HSE has Safeguarding and Protection Teams in place country wide. Details are found on the HSE website or through the HSE Information Line 1850 24 1850.

If you believe someone you know or if you are subject to abuse, contact your GP, the public health nurse or the Gardaí. In a situation of immediate risk, call 999.

The Safeguarding Ireland website is an excellent resource, as is Age Action Ireland.

The options available to an elderly person who is seeking legal protection against someone who is abusing them are limited and dictated by the nature of the relationship and/or living arrangements. This could be rectified by amending the Domestic Violence Act, 2018.

In terms of prosecuting this offence, simple reforms would allow the State to prosecute a person engaging in the coercive control of an elderly person. Introducing a specific offence to deal with elderly or vulnerable person neglect is a further opportunity to safeguard our elderly citizens and provide for an effective mechanism to deter and prosecute the law against those who are causing such harm.

If you are seeking legal advice or need assistance, you can speak with Michelle Cronin, Solicitor at Comyn Kelleher Tobin on 021 4626900. Michelle specialises in the area of child protection and welfare.