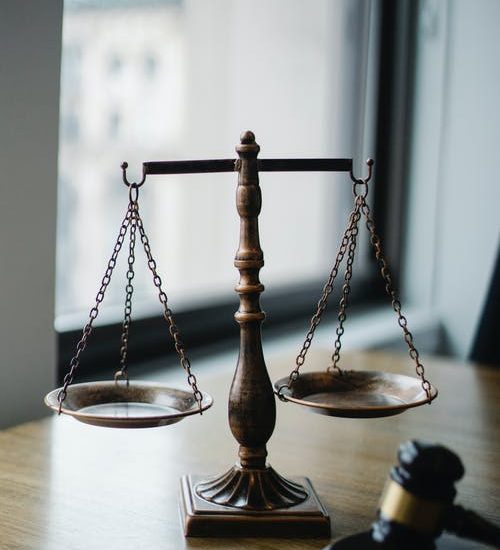 Nervous shock claims by secondary victims were considered again by the Court of Appeal in England and Wales (“E&W”) last week, in a conjoined appeal of 3 separate cases [1], all of which arose from deaths arising from alleged or admitted clinical negligence.

The circumstances giving rise to each of the nervous shock claims were very heart  rending but nonetheless the claims were dismissed.   It was concluded that “ that no claim can be brought in respect of psychiatric injury caused by a separate horrific event removed in space and time from the original negligence, accident or first horrific event.”

The facts of the three cases are summarised below but the common thread was a gap in time between the negligent treatment and the extremely distressing events leading to the death of a loved one.

Mr Paul suffered from type II diabetes and from complications of this condition. On 9 November 2012 he was admitted to New Cross Hospital in Wolverhampton complaining of chest and jaw pain which radiated to the left arm. He was treated for acute coronary symptoms and was discharged on 12 November 2012. It is the claimants’ case that the defendant was negligent in failing to perform coronary angiography in November 2012 which would have revealed the coronary artery disease and which could have been successfully treated by coronary revascularisation.

Mr Paul suffered a heart attack and collapsed on 26 January 2014 when shopping with his daughters aged 12 and aged 9.  They saw him fall backwards and hit his head on the floor. The 12 year old was so distressed that her attempts to ring her mother and an ambulance failed. A member of the public called an ambulance. The 9 year old contacted her mother but could not be understood due to her distress. Both daughters saw a man holding their father’s head; there was blood on his hands. Their mother subsequently arrived. The daughters heard their mother screaming their father’s name. They saw the ambulance crew put a foil blanket over him. Paramedics were performing chest compressions. The ambulance arrived at 15.57. It left the scene at 16.28. Mr Paul was declared dead at hospital at 16.51. Mr Paul’s heart attack was caused by ischemic coronary artery atherosclerosis.

Esmee Polmear, aged 7, died from a rare lung condition.  She was seen by her GP on 19 August 2014 with a history of strange episodes during which she could not breathe, appeared pale and turned blue after a few minutes. On 10 September 2014, Esmee and her parents returned to the GP because of worsening symptoms. Esmee was referred to a paediatrician at the hospital and was seen on 1 December 2014 in the presence of the claimants. As a result, from 21 to 22 January 2015 Esmee underwent ambulatory ECG monitoring, which revealed no episodes of shortness of breath. The reviewing paediatrician concluded that Esmee’s symptoms were likely to be related to exertion and were physiological “with nothing to suggest an underlying abnormality of her cardiac rhythm”. Esmee was seen again by her GP on 21 April 2015 accompanied by the second claimant. Esmee was re-referred to the paediatrician at the hospital but the referral did not take place due to her death on 1 July 2015, the cause of which was pulmonary veno-occlusive disease.

On 1 July 2015, Esmee was due to attend a school trip but did not feel well. It was agreed that her father would meet Esmee at the beach to take her back to school if required. When he later went to the beach, Esmee was not present.  He found Esmee with a teacher and another pupil. Esmee looked tired, pale and was breathless. Esmee wanted to sit down but was encouraged to try to walk. At one point she stopped and vomited. The mother joined them. He resumed the walk to the school but Esmee seemed frightened at the thought of walking and had to stop frequently, causing him to carry Esmee to the school. She was white and clammy with some blueness around her lips. At the door of the school, Esmee said that she felt faint. The father reassured and comforted her. He walked away but received a call asking him to return. On doing so, he saw Esmee lying on the floor and a member of staff providing first aid. The father took over and attempted to give Esmee mouth-to-mouth resuscitation. She was not breathing. The father ran to the school and saw Esmee lying on the floor with members of staff attempting resuscitation which she could see was not working. Paramedics arrived and attempted resuscitation, which was witnessed by both claimants. The parents went with Esmee in an ambulance to hospital. Attempts to revive Esmee continued at the hospital but they were unsuccessful.  The defendant admitted that Esmee’s condition should have been diagnosed by mid-January 2015.

Evelyn Purchase, aged 20, died on 7 April 2013. The cause of her death was extensive bilateral pneumonia with pulmonary abscesses. It was contended  case that Evelyn had severe pneumonia when seen by the defendant on 4 April 2013 and that there was a negligent failure to properly assess and treat Evelyn’s symptoms.

On 28 January 2013, Evelyn visited her GP with acute sinusitis. In February Evelyn continued to feel unwell. She lost her appetite, resulting in weight loss. On 28 March 2013, Evelyn visited her GP and was prescribed medication for oral thrush and for a skin infection. She subsequently developed a cough and mouth ulcers. She lost her appetite and stopped eating. By 4 April 2013, Evelyn was weak and generally unwell.  Her mother took Evelyn to the out-of-hours clinic where she was examined by the defendant. Evelyn had difficulty walking into the clinic as a result of weakness, dizziness and difficulty in breathing which was rapid, shallow and noisy. The diagnosis made was respiratory tract infection with pleuritic pain, oral thrush and “depressed”. Antibiotics and an antidepressant were prescribed. Evelyn was advised to contact her own GP if the problems did not resolve.

Evelyn’s condition remained the same, save by 6 April 2013 she complained of heart palpitations. That evening her mother attended a pre-planned event in London with her younger daughter. She discussed staying at home, but Evelyn insisted she kept to her plans. Evelyn’s father remained at home with her.

Her mother returned home at 4.50am on 7 April 2013. She found Evelyn lying motionless on her bed with the house telephone in her hand, staring at the ceiling not moving. Her skin was slightly warm, she looked alive but was not moving or blinking.  Her mother felt stunned, panicked and began screaming. She was joined by her younger daughter and her ex-husband. All were screaming. Her mother attempted to call 999 but the phone would not work. The younger daughter called 999 and the family were advised to give Evelyn cardiopulmonary resuscitation. In attempting mouth-to-mouth resuscitation, Her mother opened Evelyn’s mouth but this caused blood and bodily fluids to spill out of the mouth and nose. Her mother tipped Evelyn’s body to one side and more fluid spilled out. Increasingly aware that her efforts would be in vain, Her mother attempted resuscitation until the arrival of paramedics. The paramedics’ attempts at resuscitation were unsuccessful and the claimant was told that her daughter had died.

Her mother realised that she had a missed call from Evelyn on her mobile phone and a voice message. It was the sound of Evelyn’s dying breaths which continued for four minutes and 37 seconds. This caused Her mother to run out of the house and stand screaming in the street. The call was timed at 4.40am, and concluded approximately five minutes before Her mother saw Evelyn.

The Plaintiffs in all three cases have  been granted permission to appeal the Court of Appeal’s decision to the Supreme Court of England and Wales.