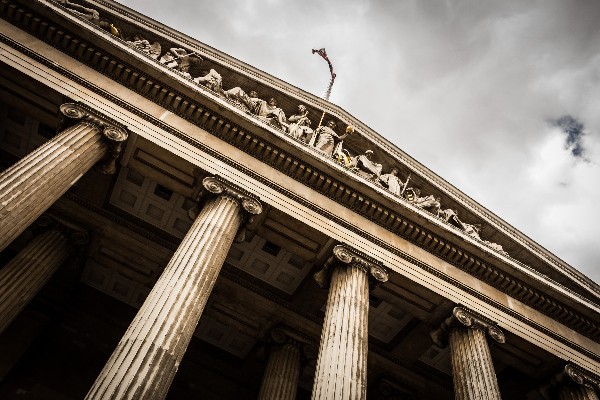 The Recovery of Benefits and Assistance Scheme (RBA) has been in operation since 2014 and applies to all compensation payments made in respect of personal injuries on or after 1 August 2014.

Its purpose is to permit the Department of Employment Affairs and Social Protection to recover the payment of certain illness-related social welfare payments from compensation awards made to a person as a consequence of a personal injuries claim.

Since the scheme was introduced, parties to litigation have, in particular circumstances, sought consent orders from the courts in relation to the obligations of defendants to discharge the sums to Plaintiffs in particular for example where there are issues of apportionment or where a loss of earnings arose from a separate but concurrent injury which falls outside of the claim.  In this article, Alison Kelleher, Partner gives an overview of recent decisions regarding consent orders and a compensators liability for RBA Certificates.

In November 2022, in the matter of Kuczak v Treacy Tyres [Portuma] Limited (No2) [2022] IEHC 619,  Mr Justice Michael Twomey expressed a view that these consent orders are undesirable as they have the potential to enable Defendants, particularly Insurers to reduce their liability to the Department, at the expense of the taxpayer.

In that particular case, Judge Twomey refused an application for a “Consent Order” to the effect that the Defendant was 50% liable and accordingly would only be required to pay 50% of the recoverable benefits. The Minister for Social Protection’s consent was sought by the Defendant and in submissions to the court, the Minister drew a distinction between an order made on consent of the parties and an order made by a court following a hearing.

The Minister gave the view that a “consent settlement order” did not meet the requisite standard of “an order of the court” for the purpose of section 343R(2) of the Social Welfare (Consolidation) Act, 2005 (‘the Act of 2005’).  Rather, the Minister was of the view that S 343R(2) only applied after a full hearing by a court or as assessment by the Personal Injuries Assessment Board (PIAB) and this was confirmed by Judge Twomey where in his judgement he concluded that  ‘an order of the court’ denotes a hearing “after hearing evidence under cross-examination in an adversarial hearing”.

Consent Orders – less than an order of a court?

In the past 7 days the High Court has delivered two further decisions on the issue of apportioning liability between the parties to personal injuries actions in circumstances where there was a liability to the Department of Social Welfare.

In the matter of Wilson v. Leonardi, Judge Barr did not opine on whether a consent order was an order under S.343 however noted that it was appropriate for a court to include consent terms in relation to either a claim for loss of earnings or a determination on liability, “provided there was some rational and fair basis for making those determinations”.

In doing so Barr J noted that if the department of social welfare had a concern about a partial recovery of benefits, then it was open to the department and the Minister to take further steps to include;

Whilst recognising the concern that an agreement to apportion liability between two private parties could negatively affect the interests of the taxpayer, the court emphasised the sanctity of trust between judges and counsel, drawing on similarities to the situation where the court is asked to opine on the adequacy of a payment of damages to a minor.

On 5th December last, in the matter of Jarmula v. DSG Solutions Limited Judge Coffey considered the issue of consent orders relating to RBA certificates.  Judge Coffey held that S343 did not affect the underlying process by which an order could be applied for and made by a court, noting that a court had jurisdiction to make a consent order for the apportionment of liability which predates the RBA scheme and that this S343 did not alter this position.

He described a potentially “alarming consequence” of the alternative, whereby parties could be expected to litigate issues that were in fact agreed.

Judge Coffey concluded outlining the appropriate procedure for seeking consent orders on liability. The court stated: “In this case, I was informed of the factual and legal basis on which the apportionment was agreed. Although not required by the Act of 2005, it seems to me to be desirable in the interests of transparency that legal practitioners should follow this practise when seeking such orders.”

He concluded his Judgment by commenting that as to whether in any given case such an order is ‘an order of a court’ which has the legal effect given to it by s.343 R (2) of the Act of 2005 can only be determined when that issue is raised in appropriate proceedings to which the Minister is a party.

There is clear judicial discourse as to the practice of obtaining consent orders and whether these orders are sufficient to limit a Defendant’s liability for a repayment of benefits under the Recoverable Benefits and Assistance Scheme.   On one view, the practice of obtaining consent orders will continue as before, on another, parties who have settled a claim will be required to discharge the RBA certificate in full before appealing the amount with the department at the conclusion of the claim.

If you have any questions in relation to this article, please contact a member of our Litigation Team.