Who decides where a child in care should live? 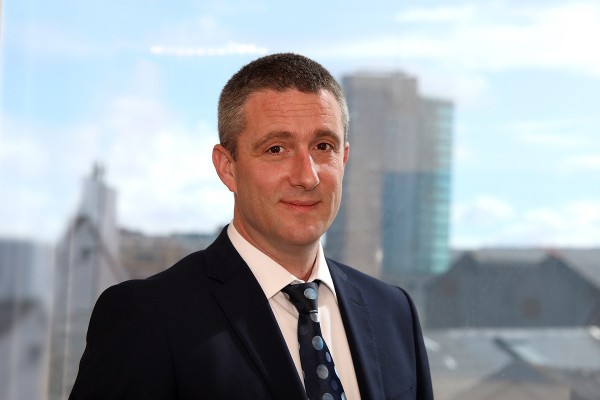 A recent decision of the High Court found that the District Court Judge was entitled to make an Order under Section 47 of the Child Care Act 1991, directing that two children who were in the care of the Child and Family Agency, should be placed in an unapproved relative foster placement with their older sister.

This decision was delivered in The Child and Family Agency v M.D. and M.B.D. and K.N. by Mr Justice Michael MacGrath on the 28th day of March 2019.

Interim Care Orders were made by the District Court Judge on the 7th December 2018, in respect of two children, J.D. who was born on the 15th December 2005 and his sister C.D. who was born on the 2nd March 2008. The Judge also made an Order of her own motion under s.47 of the Child Care Act 1991 (hereinafter referred to as “The Act”), that the children were to be placed with their sister, the second named respondent, when they were attending school during the week and were to placed with general foster carers at weekends and during school holidays.

The Applicant sought an Order of certiorari quashing the Order made by the District Court Judge pursuant to s.47 of The Act, on the basis that the Child and Family Agency has statutory responsibility for determining the type of care to be provided to a child in its care under section 36 of The Act. Furthermore, the Applicant submitted that the type of care which may be provided pursuant to s. 36 of The Act is governed by regulations, provided for and made under s.39 of The Act, in particular the Child Care (Placement of Children with Relatives) Regulations 1995. The Applicant claimed that these regulations are used in conjunction with the national foster care standards and internal policies of the Applicant to ensure that the provision of care for children who come into care is properly regulated.

Section 36 of The Act states that:

36.—(1) Where a child is in the care of a health board, the health board shall provide such care for him, subject to its control and supervision, in such of the following ways as it considers to be in his best interests—

(a) by placing him with a foster parent, or

(b) by placing him in residential care (whether in a children’s residential centre registered under Part VIII , in a residential home maintained by a health board or in a school or other suitable place of residence), or

(c) in the case of a child who may be eligible for adoption under the Adoption Acts, 1952 to 1988, by placing him with a suitable person with a view to his adoption, or

(d) by making such other suitable arrangements (which may include placing the child with a relative) as the health board thinks proper.

(2) In this Act, “foster parent” means a person other than a relative of a child who is taking care of the child on behalf of a health board in accordance with regulations made under section 39 and “foster care” shall be construed accordingly.

Section 47 of The Act states that:

47.—Where a child is in the care of a health board, the District Court may, of its own motion or on the application of any person, give such directions and make such order on any question affecting the welfare of the child as it thinks proper and may vary or discharge any such direction or order.

The Applicant stated that the scope of the Court’s power to make directions under s. 47 of The Act is not unlimited and must be interpreted in the context of the general framework of that Act and be consistent with the Constitution. The Applicant argued that such interpretation requires a consideration of the provision of ss. 36 and 39 of The Act and the regulations made thereunder.

In determining this case, the Court had regard to the legal principle set out by the Supreme Court in Western Health Board v KM [2002] 2 IR 493 where McGuinness J upheld the decision of Finnegan J in the High Court who had stated that s. 47

The Court also considered the High Court decision of Eastern Health Board v McDonnell [1999] I.R. 174, where McCracken J accepted that: –

“…… s. 47 is an all embracing and wide ranging provision which is intended to entrust the ultimate care of a child who comes within the Act in the hands of the District Court.”

The Applicant did argue that there were limitations to the Court’s powers under s. 47 of The Act and referred to the dicta of Baker J in V.Q v Judge Horgan [2016] IEHC 631 where she stated:-

“The case law has emphasised the far reaching and wide jurisdiction under s. 47, by which is vested in the District Court the power to make all decisions relating to the care and welfare of a child, subject only to the proviso that the Court ought not interfere unless matters arise which require consideration of the welfare or interests of the child. The Court will not generally make orders more properly characterised as day to day matters and thus cannot be said to exercise a role by which it interferes with reasonable and prudent decision made by the CFA or the foster parents. The decision of the Court may be required in matters where there is a disagreement as to whether a particular course of action is in the interest of a child, or where the issue is one where it is difficult to assess where the best interest of a child might lie”.

The Court in refusing the Application relied on the Supreme Court decision of KM to conclude that if s. 47 of The Act empowers the District Court to direct and permit the placement of a child outside the jurisdiction, then, it follows that the Court must have the power under s. 47 to direct and permit the placement of a child within the jurisdiction. However, MacGrath J noted that this is a type of order which must be made rarely and with considerable caution, given that the Applicant is an independent statutory body, which provides a service of a specialist and expert nature. Furthermore, MacGrath J stated that while the Court is not restricted or circumscribed in the exercise of its powers under s. 47 by the conditions, provisions or restrictions which may apply to the Applicant when exercising its relevant powers, the Court ought to have regard to the framework of The Act and the regulations made thereunder. Finally, MacGrath J stated that “as a matter of general principle, it follows that if the Court making such an Order should, without good reason, fail to take into account (or disregard) the considerations referred to in s. 36, this may result in an order thus made being vulnerable to challenge”.

David Taylor is a Solicitor, Child and Family Law at Comyn Kelleher Tobin.