Until Fault Do Us Part 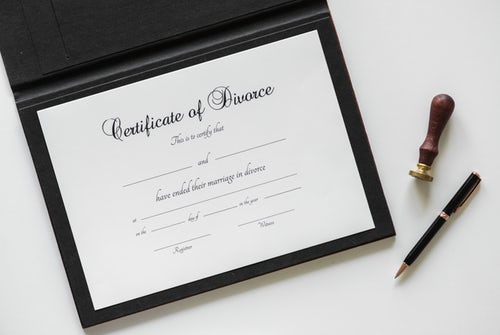 Until Fault Do Us Part

The recent English Court of Appeal decision in Owens -v- Owens EWCA Civ 182 affirmed the decision of Judge Tolson QC in the Central Family Court and found that the Applicant wife was not entitled to a divorce, as she had failed to prove, that her husband had behaved in such a way that she could not reasonably be expected to live with him.

The wife, Tini Owens, was born in 1950, the husband, Hugh John Owens, in 1938. They married in January 1978 and have two now adult children. The parties lived separate lives under the one roof for many years, including sleeping in separate bedrooms. The Applicant wife moved out of the family home on the 10th February 2015 and subsequently filed her petition for divorce on the 6th May 2015. The wife sought a divorce on the grounds that the marriage had broken down irretrievably and alleging that the husband had behaved in such a way that she cannot reasonably be expected to live with him. The wife cited a number of issues that she had, to include but not limited to, the husband, prioritising his work over family life; having mood swings; being unpleasant and disparaging about his wife both to her and to their family and friends.

Judge Tolson found that the wife “cannot go on living with the husband” and continued: “He claims to believe that she can, indeed that she will, but in this in my judgment he is deluding himself.” Yet the judge dismissed her petition, on the basis that the wife had failed to prove, within the meaning of section 1(2)(b) of the Matrimonial Causes Act 1973, that her husband “has behaved in such a way that [she] cannot reasonably be expected to live with [him]”. As stated above, this judgment was affirmed by the three Judges sitting in the English Court of Appeal.

The Legal Position in This Jurisdiction

Divorce was introduced in the Republic of Ireland following a referendum held on the 24th November 1995. Divorce was signed into law on the 17th June 1996 and is governed by the Family Law (Divorce) Act, 1996. Prior to the introduction of this Act, Judicial Separation was available in this country and the relevant legislation enables the Applicant to cite grounds for their separation based on their spouse’s unreasonable behaviour. However, no such mechanism is available with Divorce proceedings, as they are not fault based. To be entitled to a divorce in the Republic of Ireland, the Court must be satisfied that:

Sir James Mumby (the most senior family court Judge in England and Wales), when delivering his judgment in the English Court of Appeal, stated that “Parliament has decreed that it is not a ground for divorce that you find yourself in a wretchedly unhappy marriage, though some people may say it should be.”

Mrs Owens would be able to petition for divorce in England, at a time when she could establish that she and her husband had been continuously separated for five years. However, Mrs Owens has appealed this decision to the Supreme Court in England and we await the outcome of this. However, this decision has led to calls for the laws in England and Wales to be changed to facilitate no fault based divorces. This has been the legal position in the Republic of Ireland for over twenty years. While there is some support in this jurisdiction for our own laws to be amended to reduce the four-year statutory requirement for divorce to two for example, it appears that we are at least on the right path.