The Powers of the District Court Pursuant to Section 47 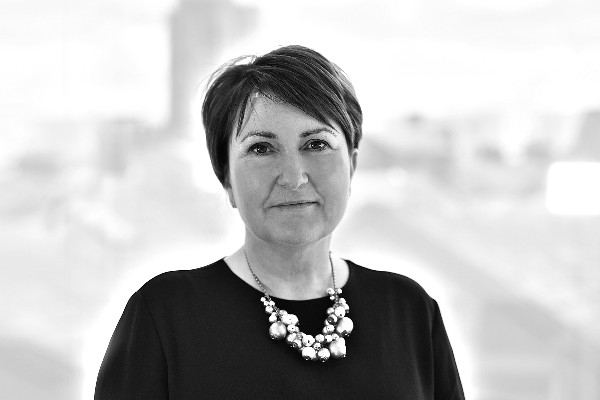 “where a child is in the care of the Child and Family Agency, the District Court may, of its own motion or on the application of any person, give such directions and make such order on any question affecting the welfare of the child as it thinks proper and may vary or discharge any such direction or order”.

Section 47 has three key features that are worth noting.   Firstly, this type of direction is available to any child in care including children placed in voluntary care under Section 4 of the Act ( provided  someone initiates a s 47 application on their behalf ) . Secondly, this is an application which can be brought before the District court by “any person”  eg a foster carer a GAL or an member of extended family . Thirdly, this is a type of direction that the District Court Judge can make “of its own motion”.  In other words, the District Court Judge need not await an application from any party or person.   This lends itself to an interpretation of the legislation whereby the District Court is required to retain oversight and control of children in state care so as to ensure that the needs of such vulnerable minors are met by the CFA.

Section 47 of the Childcare Act of 1991 has been the subject of considerable judicial analysis in the High court .   The first significant case is the matter of the Eastern Health Board -v- McDonnell, 1999 1-IR-174, where Justice McCracken of the High Court concluded:

“in my view Section 47 is an all embracing and wide-ranging provision which is intended to entrust the ultimate care of a child who comes within the act, in the hands of the District Court.   It should be noted that it is contained in that part of the Act dealing with children in the care of Health Boards and is not qualified in any way.   I think the only reasonable interpretation of Section 47 is that it is intended to give the overall control of children in care to the District Court”.

The issue arising in the McDonnell case concerned a challenge on the part of the then Eastern Health Board as to the range of powers available under Section 47 to the District Court Judge.  In particular, whether or not the District Court Judge was entitled to attach  directions to the Section 18 Care Order concerning the childs placement :

“having read the decision of the respondent (District Court Judge) , I am quite satisfied that he had ample grounds upon which to intervene or impose conditions on the making of the Care Order”

More recently Justice Baker of the High Court in the matter of VQ -v- Judge Horgan and others 2016 IEHC 631 considered the refusal of the President of the District Court to make a direction pursuant to Section 47 requiring that the Child and Family Agency privately fund Orthodontic dental treatment for a child in care.  This Section 47 application was initiated by the child’s foster carer, the direction was refused at District Court level which  prompted a judicial review on behalf of the foster carers, which was fully defended by the Child and Family Agency.

Justice Baker dealing with the Judicial review proceedings in the High Court conducted a full review of the case law surrounding Section 47 of the Act, in particular she noted that McGuinness J giving the judgment of the Supreme Court in the Western Health Board -v- KM [2002]  IR 493 described the effect of a Care Order as being that the “majority of the powers of the parent or guardian” are transferred to the Health Board, albeit residual constitutional rights of a parent are not displaced.  In the Western Health Board -v- KM, Finnegan J went on to note that in childcare proceedings the District Court  “exercises something more than a supervisory jurisdiction”.  In other words, there is no qualification on the statutory power, and the section entitles the District Court to make directions and to do whatever it deems appropriate to achieve the policy of the act as a whole.

Also, in the Western Health Board -v- KM , McGuinness J pointed to the fact that the statute was a ” remedial social statute” and should be approached in purposive manner and be construed as widely and liberally as can fairly be done.

It is worth remembering that these decisions were handed down before the 31st Amendment of the Constitution by which Article 42 (a) now mandates that “the best interest of the child shall be the paramount consideration” in all proceedings relating to their care and custody and the District Court must now be considered to engage a statutory power and obligation to protect and vindicate those best interests.

Justice Baker in the VQ case noted that the effect of a Care Order is that the State takes on many of the functions of a guardian of the child and following the making of a Care Order, the CFA is responsible for the care of the child and may take certain decisions relating to day to day care, through for example, foster parents.  However, the District Court has an overall supervisory and directory jurisdiction in regard to the exercise by the CFA of its powers, and over the foster parents or other persons in whose care a child is placed.   She further noted that the District Court will not generally make orders more properly characterised as “day to day matters” and thus cannot be said to exercise a role by which it interferes with “reasonable and prudent” decisions made by the CFA.  A direction of the District Court may be required in matters however, where there is disagreement as to whether a particular course of action is in the interest of child or where the issue is one where it is difficult to assess where the best interests of the child might lie.

Justice Baker went on to observe that the jurisdiction of the District Court is vested in matters of welfare, not such that only matters which adversely affect welfare come to be considered, but where the welfare or interest of a child are engaged and require to be clarified, or steps taken to direct the means by which these are to be furthered.

So the High court determined in VQ that the court must assess the welfare question, whether the treatment ( in that case private Orthodontic dental treatment) is one in the ordinary course of anticipated expenditure, and whether there is a risk that the needs of the child may not be met if the treatment cannot reasonably be funded by the foster carers.   The District Court has the power and the obligation to weigh these factors and make a determination in the individual case and is the ultimate decision maker in regard to all such matters.

Counsel for the foster carers in this High Court judicial review case argued that the Supreme Court decision in TD and others -v- Minister for Education and others was incorrectly relied upon by the  District Court Judge.   In the TD case , the Supreme Court had allowed an appeal from a decision of Justice Kelly in the High Court where he had granted a mandatory injunction directing the Minister for Education to provide facilities for disadvantaged children in need of accommodation and treatment in high support units. The Supreme court in TD determined that it was not within the remit of the courts to force the executive branch of government to implement a particular policy which extended beyond the particular needs of the applicant and that by doing so, the High Court had breached the doctrine of the separation of powers.

Justice Baker, in VQ, felt  that a distinction should be drawn between a decision which directs policy in general and the decision in an individual child’s case, the practical effect whereof is that the financial resources of the State are impacted.  In the VQ case, no question of policy was sought to be directed in the application to the District Court and the relevant funds from which the child’s orthodontic treatment might have been paid, had already been allocated to the CFA.  What was being sought by the foster carers was a Section 47 direction, not that government  funds be allocated for that purpose to the CFA, but rather a direction as to the interest of the child, which may have led to a determination that in this case the expenditure be met by the CFA.  Importantly , the District  court was not asked to pre-determine whether the cost of orthodontic treatment be met for all children in care once the treatment was found to be in the interest of that child.  Such a decision would not be within the jurisdiction of the District Court.

In her conclusion, Justice Baker found that the question raised in the Section 47 application did not engage the principle of  separation of powers, nor was it answered by reference to the judgment in the Supreme Court in TD and others -v- The Minister for Education and others.  She went on to say that it is established as a matter of law, that the courts have no role in directing the executive arm of the State as to how scarce resources are to be distributed.   However, what was asked of  the District Court in VQ, was that it would make a determination with regard to the welfare and needs of an individual child in the circumstances before it.   The District court Judge was not asked to direct the policy of the State with regard to the provision of State funded orthodontic treatment nor was she asked to direct that the CFA would always fund such treatment for children in State care.  Instead, the President of the District Court was asked a question relating to the individual interests of a child in care, whether the treatment was routine, anticipated, or discretionary and was therefore entitled to make such a direction under s 47 of the Act .

In summary , Section 47 directions granted by the District courts in furtherance of the individual (and often significant ) welfare needs of children and young people in state care will be difficult to challenge provided the conditions set out in the VQ decision are carefully adhered to by the Judiciary.