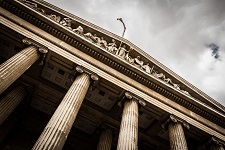 A High Court decision in which the wife of a dairy farmer was awarded €800 per month for a four-year period in spousal maintenance has been overturned by the Court of Appeal (N.O v P.Q IECA 177 (2021)).

Facts of the Case

The couple were 55 years old and had married in 1991. They had three children aged approximately 24, 20 and 19. There was evidence of considerable vulnerabilities and disability on the part of the children, particularly the youngest child. Two were considered dependent children at the time of the judgment. The family home was located on 100 acres of land, which the husband had inherited from his father. The farm had previously been valued at €1.1 million. The husband worked the farm which was the main source of income for the family. The wife ably assisted on the farm and maintained the family home. She also held various short-term positions and had undertaken courses in reflexology, Indian head massage and jewellery making.

The marriage broke down in 2014 and the husband moved out. In 2015 he gave the wife a €200,000 lump sum, obtained via loans from his brother and father, to buy a new home for her and the children. The house is held in her sole name and is mortgage free.

It was ordered by the High Court Judge,  that the husband pay the wife a lump sum of €120,000 and pay a further €800 per month in spousal maintenance for four years and €1,200 per month for the children while they were still dependents. This was considered by the High Court to be “proper provision” for the wife based on the fact that the wife had a good history of upskilling and had the benefit of a mortgage-free home. The High Court also held it was sufficient in circumstances where the woman was receiving social welfare and child maintenance payments for the couple’s three children. The trial judge, adopting the analysis of the husband, considered that the orders made constituted provision for the wife in excess of 30% of the net assets available and considered this to be a fair and equitable distribution of the assets.

This decision was appealed by the wife on two grounds, firstly that €800 per month was insufficient to support her, and secondly, that it was incorrect that the maintenance was to be paid for a specified period of four years and would cease thereafter.

The wife filed her notice of appeal on 24 October 2018, contending that the trial judge failed to make proper financial provision for her contrary to Article 41.3.2° of the Constitution and failed to have adequate and proper regard to the factors contained in s. 16 (2) of the Family Law Act 1995.

The Court of Appeal held there was a significant overestimation by the trial judge of the future likelihood of the wife earning an income and stated that the monthly maintenance order of €800 “so deficient” in amount and duration as to be incapable of constituting proper provision for the wife. For most of the marriage, the wife had worked as a homemaker and furthermore had helped on the farm when needed. Her short stints of employment outside of the home had generated little more than “pin money”.  The Court of Appeal found that the High Court erred in “significantly overestimating” the future likelihood of the wife being self-sufficient within four years given her age, employment history and lack of qualifications.

Further, the Court of Appeal held that the trial judge had failed to properly value the contribution the wife had made to the success of the farm over the 23 years of marriage. Finallly, it was found that the fact the husband owed €130,000 to his father arising from the €200,000 payment for the wife’s house was not a factor to justify setting the spousal maintenance at €800 monthly.

A sum of €1,600 per calendar month, being approximately €369.23 per week was held to be a reasonable, fair and proportionate sum in all the circumstances.  That sum will be reviewed downwards on the date or dates on which the wife becomes entitled to any pension payments.

This case highlights the weight to be attached to the work of the spouse in the home, the factors to be considered by the Court in determining what is “proper provision” in all the circumstances for each spouse as well as for the dependent members of the family and the requirement for the trial Judge to determine matters on a case-by-case basis.

If you would like to contact a member of our Family Law Team, please find their details here.