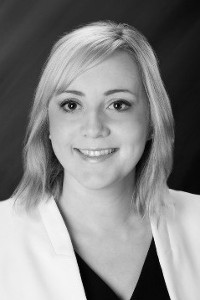 The decision arose from an appeal by DHL Express (Ireland) Ltd (hereinafter referred to as “DHL”) against the decision of an Adjudication Officer of the Workplace Relations Commission dated 30th January 2017.

The employee had brought a claim of unfair dismissal arising out of the termination of his employment with DHL on 24th November, 2015 on the grounds of gross misconduct following a disciplinary process. At first instance, the Adjudication Officer found that the sanction of dismissal for gross misconduct was disproportionate having regard to all the circumstances, the dismissal was accordingly unfair and the Adjudication Officer directed the company to re-engage the employee, Mr. Coughlan.  The re-engagement was intended to allow for “bridge-building” between the Company and the employee.  DHL appealed that decision to the Labour Court.

The employee was employed as a courier/van driver with DHL since approximately 2002.   His dismissal arose as a consequence of an incident involving his van that had occurred on 19th October 2015.

The employee had been involved in a number of incidents previously (in 2012 and 2013) that resulted in some damage to his employer’s vehicle. The employee received a written warning for the 2012 incident and a final written warning for the 2013 incident. Both written warnings were stated to be active for a period of 12 months from the date they applied to Mr. Coughlan. Following the 2013 incident, Mr. Coughlan completed a driver’s retraining course (paid for by his employer).  He had no further incidents for a period of approximately two years until the incident which occurred on 19th October 2015.  On that date, Mr. Coughlan returned to his employer’s Cork depot and whilst driving into the depot scraped one side of the vehicle he was driving.  There was an articulated truck parked adjacent to the entrance to the depot with the result that the space available to vehicles entering or leaving the premises was extremely narrow. The driver of the truck was present at the entrance and Mr. Coughlan believed that that driver beckoned at him to continue to drive his van through the available gap.  Unfortunately as he did so the vehicle was damaged.  The employee brought the incident to the immediate attention of his employers.  The cost of repairs was €2,500.00.  On 4th November 2015 an investigation meeting took place regarding this incident.  The employee admitted at the meeting that he had misjudged the space available to him when trying to drive into the depot compound between the parked truck and the fencing on the other side of the entrance.  Thereafter, the employee received a letter which stated:

"In summary you misjudged the space when trying to drive past a truck parked at the gate of the Cork depot and consequently caused significant damage to the driver’s side of the van when you collided with the fencing. You are therefore requested to attend a disciplinary hearing in regard to the aforementioned incident.

Please be advised that the above incident could be considered Gross Misconduct under 5.4.3 of the company’s disciplinary process:

And a disciplinary hearing could result in disciplinary action up to and including your dismissal from the company”’.

The disciplinary meeting took place on 16th November 2015 and was conducted by a Mr. Butler, Area Operations Manager with DHL.  The employee was represented by his union representative.  It was not disputed that Mr. Coughlan once again accepted responsibility for his actions on 19th October 2015 at this meeting.  At this meeting, extensive references were made by Mr. Butler to past driving incidents and the final written warning issued to Mr. Coughlan dated 2013.  This was notwithstanding the fact that the final written warning had expired more than 12 months previously.

By letter dated 24th November 2015, Mr. Butler informed Mr. Coughlan that he was being summarily dismissed by DHL with immediate effect for gross misconduct. The letter stated:

‘This is a most serious situation from the company perspective and having carefully considered the facts of the case and the representations made by yourself and [his colleague], the company has taken the view that there is no other alternative in this case except to terminate your employment for reasons under Gross Misconduct where it has been determined that you failed to protect and safeguard company property.’

It went on to state:

Mr. Coughlan appealed from this decision to dismiss him to Mr. Farrell, Head of Operations, DHL. In setting out the basis for his appeal, Mr. Coughlan raised concerns about the company’s apparent reliance on previous incidents to justify his summary dismissal.    Mr. Farrell replied with his decision on the appeal by letter dated 15 December 2015 in which he stated that:

“I do not accept that we cannot and should not consider the other serious incidents that you have been involved in over recent years. As a responsible organisation we have made every effort to assist you through retraining in an effort to address any driving skills; however, we now need to recognise the duty of care we have to the public, other staff and to you yourself.”

Mr. Farrell’s decision was to  uphold the finding of dismissal effective from 24th November 2015.

At hearing before the Labour Court, Mr. Butler of DHL who had conducted the initial disciplinary hearing gave evidence that the poor judgment displayed by Mr. Coughlan caused him to have concerns about public safety should Mr. Coughlan be permitted to continue driving on the company’s behalf.    On cross-examination, Mr Butler was asked why – if it was the case that he posed such a risk to the public – Mr. Coughlan was allowed to continue to drive for the company for a period of some two weeks following the incident of 19th October 2015 before he was eventually suspended.   In reply, Mr Butler said that the local manager in place at the Cork depot at the time was inexperienced and unaware of the correct procedure whereby he was required to report such incidents up the line.  Mr. Butler also gave evidence that he did not consider sanctions short of summary dismissal and in particular, had not considered or was not aware that he could have dismissed the employee with notice as an alternative.

Mr. Farrell, to whom the appeal was referred, confirmed to the Court that he was aware of the historical driving incidents involving Mr. Coughlan at the time of the appeal.    Mr. Farrell stated that he believed it was appropriate to consider an employee’s entire relevant employment history in the context of a disciplinary process, notwithstanding that – as in Mr. Coughlan’s case – any and all previous disciplinary warnings had lapsed by the passage of time.

The Company also confirmed in evidence to the Court that its policy was that warnings issued to employees under the disciplinary procedure generally expired after 12 months.

In its decision, the Labour Court found that it was evident, that Mr. Coughlan had been confronted with multiple allegations at the disciplinary meeting that had not been advised to him in advance of that meeting.

The Labour Court found it of some significance that the letter dated 24th November 2015  notifying Mr. Coughlan of his summary dismissal recited a number of grounds to justify DHL’s decision to dismiss Mr. Coughlan, including by reference to previous incidents with the van in respect of which the warnings he had received had clearly expired:

The Labour Court took the view that DHL based its decision to summarily dismiss Mr. Coughlan on numerous grounds not referred to at all at the investigation stage or in the letter inviting Mr. Coughlan to the disciplinary meeting.

With regard to the internal appeal and the decision to uphold Mr. Coughlan’s dismissal, the Labour Court also found that it was apparent from Mr Farrell’s letter setting out the decision on the internal appeal, that his decision was based on the company’s ‘need to recognise the duty of care we have to the public, other staff and to you yourself’ when the allegation of which Mr. Coughlan was on notice was ‘failure to protect and safeguard company property’.

In addition, the Labour Court was not convinced that the grounds set out by the company merited summary dismissal in any event.  The Court quoted from the Employment Appeals Tribunal decision in Lennon v Bredin M160/1978 where it was stated that:

‘Section 8 of the Minimum Notice and Terms of Employment Act 1973 saves an employer from liability for minimum notice where the dismissal is for misconduct. We have always held that this exemption applies only to cases of very bad behaviour of such a kind that no reasonable employer could be expected to tolerate the continuance of the relationship for a minute longer.’

The Labour Court was not satisfied that such a situation arose in this case – the employee’s failure to properly judge the width of the gap through which he was attempting to drive the van on 19th October 2015 could not reasonably be considered to amount to gross misconduct justifying the imposition of a sanction of summary dismissal. The Court felt that the circumstances amounted to an error of judgment.   Accordingly, the Court found that the sanction of summary dismissal imposed was disproportionate and unwarranted in all the circumstances.  The Court also found that DHL did not give due consideration to imposing an alternative and more proportionate sanction on the employee.   The Court went on to find that the Company’s decision to summarily dismiss Mr. Coughlan was “informed to no small extent” by the previous driving notwithstanding the company’s own evidence that its procedures provided for the expungement of disciplinary warnings on their expiry.

For all of those reasons the Court determined that Mr. Coughlan’s dismissal was unfair and awarded Mr. Coughlan a sum of €72,042.88 by way of compensation, being the equivalent of 104 weeks’ remuneration.  The decision of the Adjudication Officer was varied accordingly.

This decision is authority that firstly, the sanctions imposed on an employee must be proportionate and alternatives short of dismissal should be considered where appropriate.  In particular, an allegation of “gross misconduct” should be sufficiently serious to warrant summary dismissal and a mere error of judgment, as in this case, is unlikely to be viewed as conduct which merits summary dismissal.

In addition, the case is a reminder that employers cannot and should not punish employees twice for the same offence.  Where an employee has received a disciplinary sanction ie. a warning, which is said to have an expiry date, and where that sanction has expired, any subsequent disciplinary proceedings should not take account of those “previous offences” of an employee.

It is strongly recommended that employers ensure that their disciplinary policies are clear in regard to the expiry or expungement dates of disciplinary sanctions.  It is even more important that employers strictly comply with their own policies in this regard.  Any deviation from such policy is likely to cause difficulty for the employer.  In particular any dismissal which follows a deviation from the employer’s own policy is likely to be considered an unfair dismissal.