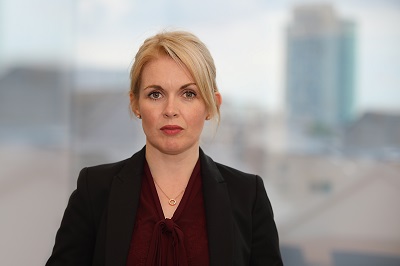 The recent judgement of Mr Justice Noonan in a judicial review taken on behalf of a child received into care initially on foot of an Emergency Care Order granted pursuant to Section 13 of the Child Care Act, 1991 has provided some clarification to legal practitioners and social workers when assessing how best to proceed when care proceedings are contemplated or required in respect of new born infants.

The child at the heart of this matter was born on the 6th of November 2018 to parents Mr A and Mrs A whose other nine children were all at that time in the care of the Child and Family Agency. The family had been known to the CFA since mid 2014 with referrals being received from different sources allegating neglect and physical abuse. Three of the children were admitted to care by way of voluntary consent in February 2016. Five of the children were subsequently taken into care in March 2016 after a visit by the CFA to the family home. A baby born to the couple was received into care three days after birth in June 2016 with the agreement of the mother who had appeared to display signs of mental ill health since February 2016. Care Orders were subsequently made in respect of all nine children in March 2017 by the District Court in Longford. The parents did not oppose the granting of these orders.  The parents had not sought access with the children in the eight months up to November 2018 when the judgement of Mr. Justice Noonan was made.

In early 2018 Mrs. A fell pregnant and attended at the Rotunda hospital in April 2018 and advised that her other children were in care. The medical social worker arranged to meet Mrs A but due to non-attendance by Mrs. A, did not actually meet her until the 26th of July 2018. Mrs. A sought assistance in separating from Mr. A and made reference to bad spirits and domestic violence.

Mrs A was subsequently admitted as an involuntary patient under the Mental Health Act, 2001 to Connolly Hospital in Blanchardstown. She was later discharged and between the end of July 2018 and the birth of S.O.T.A on the 6th of November 2018 had a number of ER admissions, displayed delusional belief, limited insight, missed ante-natal appointments and required an early induction of the baby due to her fears of spirits. Mrs A met with Social Workers on a number of occasions and concerns continued about her ability to care for the infant after birth.

A pre-birth conference occurred on the 5th of November 2018 which the parents were invited to but did not attend. The parents did not engage with the social workers and would not provide their addresses etc. A decision was reached that there was an immediate and significant risk to the health and welfare of the then unborn S.O.T.A and concerns were expressed that this risk would escalate if the parents were aware of court proceedings.

On the 7th of November 2018 the CFA applied ex-parte before the District Court in Dublin for an Emergency Care Order (ECO) in respect of the infant born the day before. On hearing the evidence and reading the reports proferred, the District Court judge granted a two day ECO and indicated time would be abridged for service of Interim Care Order proceedings to be heard two days later. A warrant was also granted to provide for if Mrs A attempted to leave the hospital with the baby.

On foot of the ECO the two allocated social workers and three members of An Garda Siochana attended at the hospital. Upon meeting them, Mrs. A, who was holding the baby, became increasingly heightened. During the following 45 minutes concerns increased for the safety of the infant. The outcome was one of the Gardai removing the infant from the tight grip of Mrs. A.

On the 9th of November 2018 the application for an Interim Care Order (ICO) was listed at Dublin District Court. Both parents were present and obtained legal representation in the course of the day. An application for an adjournment made by Mr A's solicitor was refused on the basis that it was not in the best interest of the welfare of S.O.T.A. An interim care order of 21 days was granted. Judicial Review proceedings were commenced on the 12th of November.

Section 13 of the Child Care Act 1991 specifies that a District Court Judge may grant an Emergency Care Order to the Child and Family Agency if the court is of the opinion that "there is an immediate and serious risk to the health or welfare of a child which necessitates his being placed in the care of the Child and Family Agency or there is likely to be such a risk if the child is removed from the place where he is for the time being" An ECO can be granted for up to eight days and can be granted ex parte (i.e. without the knowledge or participation of the parents in the proceedings) "if the judge is satisfied that the urgency of the matter so requires".

The Judicial Review sought to quash both the ECO and the ICO.

The application to quash the ECO relied on the following arguments:

The CFA response was that

The application to quash the ICO relied on the following arguments

Mr. Justice Noonan found that sufficient evidence had been heard by the District Court as to why the proceedings were required to be held ex-parte and was satisfied with same. He found that the courts retained the prerogative to review the granting of the ECO even though it was now spent.

In relation to the nature of an ECO application, Mr. Justice Noonan refers to European case law, specifcally K. and T. v. Finland [2003] 36 EHRR 18 and P.C. and S. v. United Kingdom [2002] 35 EHRR 31 both of which address situations where infants were removed from their mothers shortly after birth.

Mr. Justice Noonan found that no evidence had been put before the District Court outlining what other options had been considered including whether the baby could have stayed in hospital. Both sides agreed that the District Court Judge could have made an Order in this regard if requested. Mr. Justice Noonan also referred to the fact that the CFA were fully aware of the circumstances of the parents and the baby in advance of birth and "By any measure therefore, the application made here, as in T and K, was not an emergency in the sense of being unforeseen. There was plenty of time to prepare for it and most particularly, there was time to consider whether there was any realistic alternative to taking the baby by force from its mother."

Mr. Justice Noonan also refers to the principle of proportionality in child care proceedings as enshrined in the Constitution by Article 42A.2.1

“In exceptional cases, where the parents, regardless of their marital status, fail in their duty towards their children to such extent that the safety or welfare of any of their children is likely to be prejudicially affected, the State as guardian of the common good shall, by proportionate means as provided by law, endeavour to supply the place of the parents, but always with due regard for the natural and imprescriptible rights of the child.”

Mr. Justice Noonan goes on to state that "It is clear therefore that there was an onus on the CFA to demonstrate that the proposed measure, in effect the nuclear option, was being resorted to only after all other less intrusive alternatives have been considered and eliminated for good reason".

On that basis Mr. Justice Noonan found in favour of the applicant – “it seems to me that the ECO could not be regarded as either constitutionally proportionate or Convention compliant and for that reason it must be quashed."

The reliefs sought in relation to the ICO were refused as Mr. Justice Noonan held that the District Court Judge was correct in the circumstances in refusing the adjournment.

This judgement clarifies what courts expect from the CFA if bringing an ECO application in respect of a recently born infant in hospital with his/her mother. This judgement makes clear that the CFA must consider all options or alternatives before applying for an ECO. If the options or alternatives are not suitable or possible, the CFA must be able to show what was considered and why the option or alternative was not suitable or possible. Detailed evidence will be required in this instance.

The judgement further reinforces that if an application is required to be made ex-parte, evidence must be given as to why this is necessary. Simply put, this judgement provides further guidance that applications taken by the CFA must be necessary and proportionate.

Michelle Cronin is a Solicitor in Comyn Kelleher Tobin's Health Services Department and practices predominantly in the area of child protection and welfare.