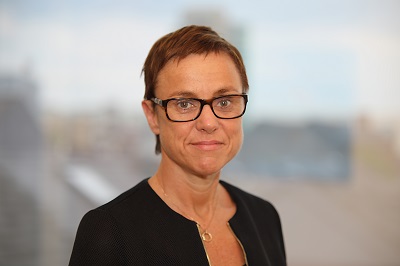 The Supreme Court delivered a seminal decision this month on the interaction between the Mental Health Act 2001 (“2001 Act”) and the Wardship regime.

This appeal came directly from the High Court to the Supreme Court and involved examination of whether the High Court had erred in making a wardship Order allowing for AM’s continued detention in the Central Mental Hospital (CMH) – four days before he was due to be released.

Ultimately, the Supreme Court held that the High Court had not erred in making the wardship application and the appeal was dismissed. Mr. Justice John MacMenanim stated that the Order for Wardship and continued detention were both “necessary” and “appropriate”.

The Supreme Court found that Orders in Wardship and those made under the 2001 Act differ in purpose. Ward of Court applications are “broadly intended to protect persons who lack the capacity to make decisions regarding their own welfare.” This is contrasted in the judgment with the 2001 Act which applies to persons suffering from a mental disorder, who may then become the subject of an Involuntary Detention Order. The 2001 Act has safeguards in place to vindicate rights protected by the Irish Constitution 1937 and the European Convention on Human Rights. On the other hand, the Court noted that Wardship is also not absent safeguards as the Courts apply a range of additional procedures in order to protect the rights of the Ward.

AM possessed of a lengthy history of violence and previous convictions. In 2001, AM was diagnosed with a delusional disorder. It was noted that AM also carried a butcher’s knife (ostensibly for his own protection). Additionally, he was arrested and charged with the murder of a homeless man in 2001 and was convicted of manslaughter. Following this, when discharged from prison to community living accommodation, his aggression concerned his family. In 2008, AM attended a local hospital and there he stabbed a psychiatrist and psychologist. He was arrested thereafter and moved from Limerick Prison to the CMH. There, he was convicted of assault and sentenced to 10 years imprisonment which he served in the CMH.

The question before the High Court was whether AM should be made a Ward of Court and what Orders ought to be made for his future detention in the CMH. In an ex parte application, Counsel for the HSE submitted that owing to his mental condition, AM presented a serious risk to his own life and welfare as well as that of others. Counsel for AM submitted that that an Order for detention could be made only in accordance with the Mental Health Act 2001 and the wardship application was merely an attempt to circumvent the 2001 Act. The evidence of the treating Psychiatrists outlined a number of behaviours that confirmed that AM met the diagnostic criteria for and continued to suffer active symptoms of schizophrenia. Therefore, he suffered from a “mental disorder” as defined in Section 1 of the Criminal Law (Insanity) Act 2006 and also satisfied the criteria under Section 3 of the Mental Health Act 2001. It was also established that AM was of “unsound mind” and lacked the capacity to live independently or manage his own affairs and therefore satisfied the requirements to be made a Ward of Court. Mr. Justice Peter Kelly, President of the High Court, granted the application to make AM a Ward of Court on an interlocutory basis and ordered AM’s detention in the CMH.

The Supreme Court considered whether the President of the High Court had erred in exercising his jurisdiction and making an Order for Wardship. The question therefore arose as to what is “the lawful course of action where a person simultaneously falls within the criteria necessary to be made a Ward of Court, and also come within that category of persons who may be the subject of an involuntarily detention order under the Mental Health Acts.”

Mr. Justice MacMenamin examined the jurisprudence relating to Wardship and found that no law existed to remove or delimit the Wardship jurisdiction of the High Court and Circuit Court with regards to persons of “unsound mind”. While orders cannot be made simultaneously under both jurisdictions, “mirror orders” are permissible in order to protect the rights of persons being made wards of court . Applying In re D, Mr. Justice MacMenamin stated that in this situation the decision and orders made were “necessary” and “appropriate”. He also noted that protections could not be any less than those afforded by the Mental Health Acts simply because AM had been admitted into Wardship.  Mr. Justice MacMenamin ultimately dismissed the appeal and upheld the orders and the making of AM a Ward of Court.