High Court Rejects Application to Admit Photocopy of Will to Probate 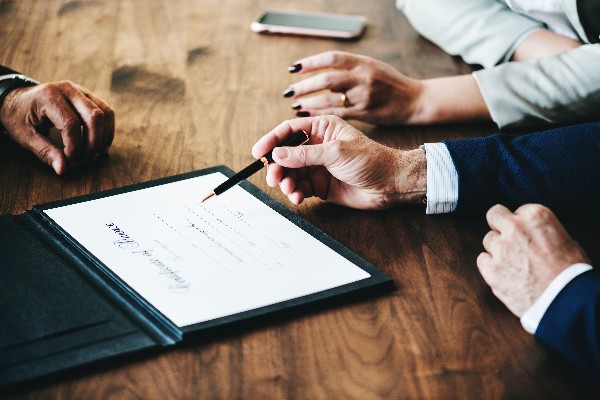 In a recent case the High Court rejected an application to have a photocopy of a will admitted to probate after the original will had gone missing. The evidence seemed to suggest the deceased had held the original will, and no evidence was brought implying that its loss or destruction was accidental. In this article Emma Comyn, Partner, CKT and Ana Harrington, Intern, CKT give an overview of this case and highlight an important lesson to be learned.

The deceased made a will in 2003 with the help of two Dominican priests whose holiday home was next door to his farm. He didn’t appear to have consulted a solicitor. While one priest has since passed away, the other swore an Affidavit that the will had been executed. Upon the deceased’s death, a search of his home did not turn up the will. The applicant, a grandnephew of the deceased, was in the will appointed as an executor.  He claimed that the deceased had once shown him an envelope, and had said that it contained the will, however he was never privy to the contents. He also produced a photocopy of the will with a map of the deceased’s lands annexed to it, which appeared to be an original rather than a photocopy, claiming that these must have been the contents of that envelope.

In considering whether to allow the photocopy will to be admitted, Ms Justice Nuala Butler considered the past cases of Re McDermott, Deceased [2015] IEHC 622 and Re Curtin, Deceased [2015] IEHC 623. From these, an evidential presumption that the will had been revoked would apply, unless the applicant could offer evidence that the loss or destruction of the will was accidental. The difficulty in this case is that there is no evidence as to what might have happened to the original will, or an explanation as to why there was a photocopy.

It was held that the applicant’s (i.e. the executor’s) own Affidavit was of little evidential value, given that he had never seen the contents of the envelope, nor could he provide any explanation as to where he had obtained the photocopy will. While he asserted that the deceased was the sort of person who would never destroy his papers, and therefore he must have never held the original will in the first place, there was no evidence that he had passed the will to any third party, and the Dominican Order had confirmed that it did not hold wills for parishioners. Therefore, it could not be inferred that he had never held the will, and in fact the evidence seemed to suggest that he had. The presumption of revocation therefore applied. In order to have found in favour of the applicant, the Court would have had to make a number of assumptions for which there is no evidence, whether direct or circumstantial.

A further issue arose from the fact that while no other next-of-kin had objected to the application to admit the photocopy, and most had in fact consented to it, those letters of consent assumed that the applicant had seen the contents of the envelope, which was not the case. Ultimately, Ms Justice Butler held that while the applicant enjoyed a good relationship with his granduncle, the deceased also had a good relationship with other members of his family, and may have had a change of heart causing him to amend his will.

This case stands in sharp contrast to another recent decision by Ms Justice Butler, ‘In The Matter Of The Estate Of Thomas Delahunty, Deceased [2021 IEHC 657]’ –in which a solicitors firm was holding an original will, and had sent a copy of the will to the testator. When the original will was lost in a burglary, the photocopy was allowed to be admitted on the basis that there was sufficient evidence that an original in the same terms had been properly executed. The mere fact that an original will cannot be located is not sufficient to lead to a finding of revocation, if there is evidence that its loss or destruction was not intended by the testator.

Ms Justice Butler stated that one of the main difficulties in this case is that there was no evidence to conclude either that the original will was still in existence or, that it had been inadvertently lost or destroyed.

Though it is not a requirement for a solicitor to be involved in the drafting or maintaining of a will, the circumstances of this case are a good example as to why seeking the assistance of a solicitor can be the safer option. A solicitor can store the original will on your behalf, provide you with a photocopy and this can avoid the will being misplaced.

Emma Comyn, Partner at Comyn Kelleher Tobin deals with peoples’ estates from extremely complex to simple straight forward affairs every day. Emma provides practical and commercial advice to help clients put a framework in place in the event of their death.  For further information, or to enquire about making a will, you can contact Emma on 021 4626900.