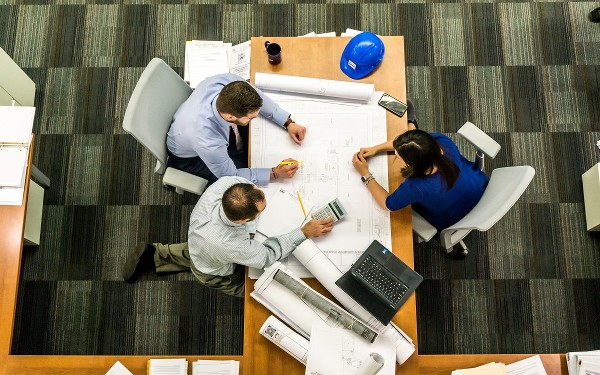 The Employment (Miscellaneous Provisions) Act 2018 came into effect on 4th March 2019 and made a number of significant changes in the area of employment law.

Whilst some of the provisions of the Act were aimed at improving the security and predictability of working hours for employees who may have been on insecure contracts or with variable hours, there are other provisions which affect employees across the board.

The Act has placed the following obligations on employers:

3. If a temporary contract – the expected duration thereof or the date on which the contract expires

4. The rate/method of calculation of pay and Minimum Wage Pay Reference Period

5. Hours of work which the employee is expected to work daily and weekly

Failure to provide the written statement of core terms within one month of employment commencing will be a criminal offence.In addition, directors, secretaries, senior managers and other officers of a corporate employer may be made individually liable for offences under the Act.

Management should ensure that these provisions are being adhered to and advice should be sought if there is a concern as to whether existing practices comply with these new statutory requirements.

The Supreme Court recently issued its keenly awaited decision in the case of Nano Nagle School v. Marie Daly and Irish Human Rights & Equality Commission (Amicus Curiae) [2019] IESC 63, regarding the scope of the obligation on employers to make reasonable accommodation for employees with a disability as per Section 16 of the Employment Equality Act 1998 – 2015.

The case is one with a long history.  Ms. Daly had complained that the school where she was employed as a Special Needs Assistant had failed to provide appropriate measures to enable her, as a person with a disability, to return to work following an accident, contrary to the Employment Equality Acts 1998 as amended.

Ms. Daly’s complaint was considered in turn by:

The Court of Appeal had essentially held that the law permitted, and required, the distribution of “tasks”, but had stated that there was no obligation to remove from a disabled employee, or distribute to other employees, what were referred to as the “main duties”, or “essential functions” of a position.

The Supreme Court noted that the legislature used both the words “duties” and the word “tasks” in Section 16 but did not accept the characterisation of these as separate and distinct concepts by the Court of Appeal.  The Court suggested it would be hard to see that there would be any policy or common good reason why simply the distribution of tasks, or their removal, should be confined only to those which are non-essential.

Full competence is, rather, to be assessed as contingent upon there having been reasonable accommodation and appropriate measures.  The Court stated that it is not the case that there must be full competence as to the tasks that are the essence of the position.

The Supreme Court made clear that if a person with a disability can be reasonably accommodated, they are to be deemed as capable of performing the job as if they had no disability; subject to the condition that reasonable accommodation should not impose a disproportionate burden on the employer; including an assessment of the financial and other costs involved, the scale and financial resources of the employer, and the possibility of obtaining public funding or other assistance.   It should be noted that enquiries as to the possibility of obtaining public funding was seen as a “mandatory” step by the Courts.

What is essential is that it be shown, objectively, that the employer has, in fact, given the question of redistribution full consideration.

In doing so, the question an employer must consider is whether the degree of redistribution, or “accommodation”, is such as to effectively create a different job entirely, which would almost inevitably impose a disproportionate burden on an employer.

In setting out the above steps required to be taken by an employer to comply with the law, the Supreme Court also considered that there were a number of factual questions which it considered had not been resolved satisfactorily by the Labour Court.

As a result, and with some reluctance, the Supreme Court considered that the only appropriate order was to remit the matter for the Labour Court for further consideration in order to consider the totality of the evidence adduced, together with such further limited evidence as may be necessary, and the law, as explained in the Supreme Court judgment.

The Court made this decision on the basis that it considered the determination by the Labour Court did not comply with the statutory duty imposed on it under the Employment Equality legislation.   The Supreme Court stated that “justice must be seen to be done” and in doing so, a deciding tribunal must be seen to engage with the relevant evidence, and, in its decision, address that evidence one way or another “within the prism of the applicable law”.    In addition, the Supreme Court made clear that when an award is made, there should be some explanation of the basis for the award, as compared to any other sum.  These comments in relation to the duty of a Court or a body with quasi-judicial functions to give reasons will likely be welcomed by both employers and employees alike.

In conclusion therefore, whilst the scope of the duty on employers to make reasonable accommodation for employees with a disability has been clarified somewhat by the Supreme Court, unfortunately for both the Claimant in this case Ms. Daly and the Nano Nagle School, the wait for a final determination on the claim continues.

The changes also raise the maximum age of the child for whom parental leave can be taken, from 8 years of age to 12 years of age.

Parental leave as set out above is unpaid leave.

There is also a proposal to introduce a new scheme of paid Parental Leave, which will allow parents to take two weeks paid leave each during the first 12 months of their child’s life. This entitlement is expected to be in place from November 2019, but legislation is awaited.

Emily Sexton is a Partner in Employment, Healthcare and Medical Law and a CEDR accredited mediator. She practises in the area of employment law, primarily advising employers, including healthcare employers, in relation to legislative obligations and the defence of employment claims.