CKT takes part in Run in the Dark Virtual 2020 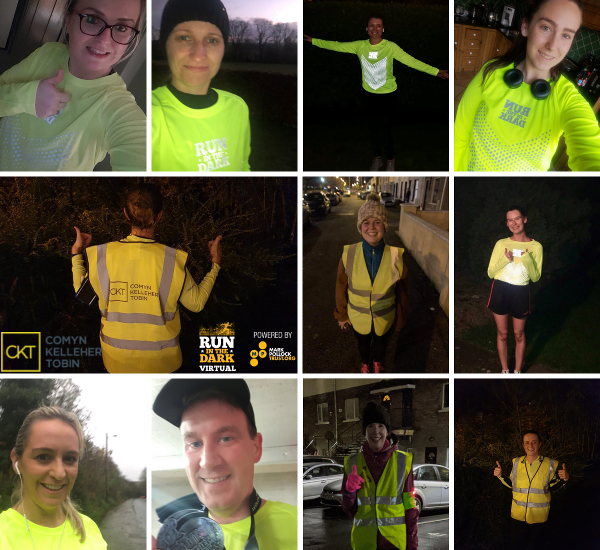 Congratulations to Team CKT who took part in the Run in the Dark Virtually on 18th November 2020. As darkness swept across the globe, thousands of people worldwide hit the roads in support of the Mark Pollock Trust.

It was a wet and windy night for the CKT team as they put on their runners and high vis jackets to head out. Run in the Dark is the Mark Pollock Trust’s principal fundraising event.

Unbroken by blindness in 1998, Mark became an adventure athlete competing in ultra- endurance races across deserts, mountains, and the polar ice caps including being the first blind person to race to the South Pole. He also won silver and bronze medals for rowing at the Commonwealth Games and set up a motivational speaking business.

In 2010 a fall from a second story window nearly killed him. Mark broke his back and the damage to his spinal cord left him paralysed. Now he is on a new expedition, this time to cure paralysis in our lifetime by exploring the intersection where humans and technology collide. Mark is a co-gounder of the Run in the Dark.

Well done to all that participated.