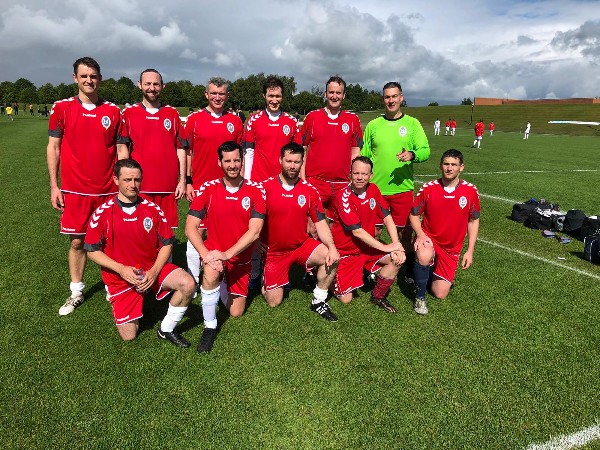 Ireland was represented at the Lawyers’ European Football Cup, which was held recently in University of Limerick’s Conference and Sports Campus, with three Irish teams taking part across the competition.

Comyn Kelleher Tobin Trainee Solicitor, Kevin Healy, took part in the occasion on The Southern Law Association team, captained by Neal Horgan. The day saw 39 teams battle it out across three different competitions, the Classic, the Masters and the 5-a-side. The Southern Law Association team competed in the Classic competition. The winning team on the day was Ghent Lawyers FT.

There was a high level of football on show across the tournament, with Champions League level referees taking charge of some games.

The tournament aims to bring teams from 20 different countries for the five day festival of football. The event is hugely significant for the sports tourism of Europe. Previous Euro Lawyers events have taken place in Maribor, Slovenia.

Congratulations to all who took part.